The number of fitness trackers available has grown exponentially over the past year or so. What used to be a niche market has exploded into the wearable tech phenomenon that’s showing no sign of slowing. But despite the explosion of trackers out there, I still use a Jawbone UP24 as my daily device of choice.

However, if you’ve read my UP24 review, you’ll know that it’s not the device itself that I love, it’s the supporting ecosystem that Jawbone has developed for it. The Jawbone app is best in class, and the open nature of its API means that it can communicate with any number of other apps and services you might already be using.

And it’s that superb supporting ecosystem that makes the entry level Jawbone UP Move so compelling. Despite the fact that the UP Move is undeniably affordable, it provides pretty much all the functionality of its more expensive sibling, and in some cases it even betters the UP24!

The box isn’t exactly a treasure trove of goodies, but there’s everything you need to get going. Obviously there’s the UP Move itself and a battery to put in it, while you’ll also find a rubber clip that allows you to mount the UP Move on your belt, shirt, pocket edge, or pretty much anywhere else you can think of.

There’s no strap included to wear the UP Move on your wrist, but these can be purchased separately from Jawbone. And while it would have been nice to have had a wrist strap in the box, that would have pushed the price up.

I was supplied a wrist strap with my review sample, and to be honest, I much prefer wearing the UP Move on my belt. In my experience, the only fitness trackers that I want on my wrist are the ones designed to be worn there, and there alone.

The Jawbone UP Move differentiates itself from previous UP devices by not incorporating a rechargeable battery. Instead the UP Move uses a lithium cell that provides it with around six months of operational use.

While some will see the lack of a rechargeable battery as a negative, since they’ll have to buy a couple of lithium cells a year to use the UP Move, I quite like this feature. And if you’ve ever found yourself losing vital data from your tracker because you forgot to charge it, you’ll know exactly why I like it.

The UP Move has a “fit and forget” vibe to it, and although it’s far from the first tracker to use a lithium cell rather than a rechargeable battery – both the Fitbug Orb and Misfit Shine employ the same power solution – that doesn’t diminish its simplicity.

Like the UP 24, the UP Move connects to your phone via Bluetooth 4.0, meaning that there’s no need to manually sync your data – it will automatically do so whenever you open the app.

However, unlike the UP 24, you don’t need to open the app to get an idea of how you’re doing throughout the day. You see the UP Move has an array of LEDs build into its face that can display some basic info directly on the device.

Pushing the front of the UP Move once will display the activity icon (a runner) and then LEDs around the edge will illuminate and settle on a specific point. This is telling you how much of your daily goal you’ve achieved so far, with the full revolution of the UP Move being 100 per cent.

Double pressing the front of the app will instruct the LEDs to tell you what time of day it is. Here two LEDs will illuminate, the first one indicating the hour of the day, and the second indicating how many minutes past the hour it is.

While the time of day feature could be thought of as a gimmick, being able to roughly check your activity progress on the UP Move is a nice touch. And even though the likes of Fitbit and Misfit have used similar LED indicators, that doesn’t make the feature any less useful on the UP Move.

Like previous UP devices, and pretty much every other fitness tracker out there, the UP Move will log every step you take throughout the day, and then log your sleep patterns overnight.

The sensors and algorithms employed by Jawbone do a very good job of tracking your activity. Not only will the UP Move log every step you take, it can also tell when you’re motoring along instead of just gently strolling.

Whenever the UP Move thinks that you’re doing some proper exercise it will flag this in the app and ask if you were performing a specific activity during that time. You can then log whether you were walking, running, jogging, etc.

Sleep tracking is also very well monitored, and there’s no need to put the UP Move into sleep mode before you hit the sack. The device will detect when you’re asleep, then in the morning the app will ask you whether you were sleeping between certain hours – you can either just confirm, or manually adjust the time period.

If you’ve read my previous Jawbone UP reviews you’ll know that I’m a big fan of the Jawbone app, and my opinion hasn’t changed. In fact Jawbone has improved its app considerably over the past year, and it remains the benchmark for other fitness tracker apps to aspire to.

Not only is the Jawbone app incredibly easy to use and navigate, but it’s literally stuffed full of useful information and insight. Obviously it logs and displays all your activity and sleep patterns, but it also has best in class food logging and the Smart Coach.

The Smart Coach will give you daily advice that’s tailored specifically to you based on the data that you’ve logged, the activities you undertake, the food you eat and the sleep you’re getting. Sometimes the advice will be about running, other times about nutrition, while other times it will simply deliver a nugget of interesting information.

The Smart Coach will also set you challenges, which could involve increasing your daily step target, or perhaps encouraging you to get a bit more sleep. But the impressive thing is that the Smart Coach isn’t just firing random hints and tips at you, the advice you get is, more often than not, specifically useful to you as an individual.

I still love the open nature of the Jawbone app, and I have it pulling in data from My Fitness Pal, Strava and Withings HealthMate, which gives the Jawbone app far more detailed data on me and what I’m doing, and allows me to view and analyse all of my activities in one place.

If you’re looking to buy your first fitness tracker I’d struggle to recommend anything other than the Jawbone UP Move. You’re basically getting all the functionality of the UP 24 with the added convenience of no battery charging at a fraction of the price.

Jawbone has been very aggressive when it comes to price with the UP Move carrying a £39.99 RRP, and available for even less if you look around online. That’s an amazingly low price for what you’re getting, especially considering the superb supporting app.

Personally, I still prefer wrist based trackers since you can forget to clip the UP Move onto your belt when you get dressed in the morning, but that’s a minor gripe considering what you’re getting for your money.

In simple terms, the Jawbone UP Move is an entry level fitness tracker that punches well above its weight. 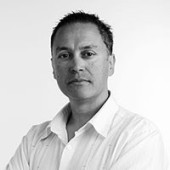