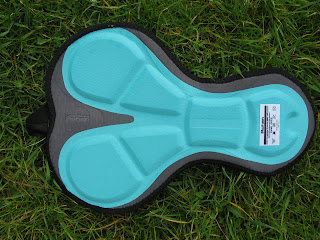 Even experienced cyclists can suffer from, to put it delicately, a sore backside gained from too long in the saddle. Occasional cyclists might be disinclined to spend money on expensive shorts with high-tech padding but are likely to suffer from this problem too – possibly more so than people who spend longer cycling.

Rohan has spotted an opportunity here, and come up with its Bumper Liner, part of the company’s new entry into cycling gear. Instead of producing cycling shorts, Rohan has gone for a small, relatively low cost inner ‘pad’ designed to meet the needs of the occasional cyclist who wants to protect their derriere. The Bumper Liner cost £17 and comes in versions for men and women.

The Rohan Bumper Liner is a small item that sits inside your underclothes, next to your skin. It basically forms a padded layer between you and the saddle, designed to absorb vibration and stop you getting saddle sore. 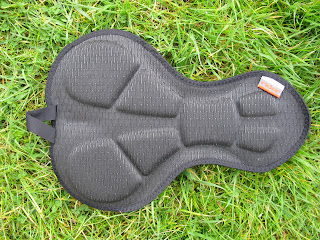 It is small and light, very easy to carry around and use only when needed. So, in theory at least, it ticks a lot of boxes. It is also a lot less expensive than specialist padded cycling shorts, and this will help it gain people’s attention. 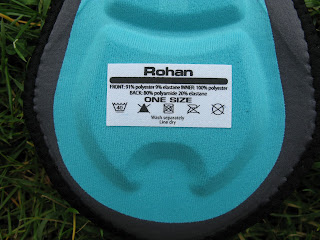 Very usefully the Bumper Liner is washable.  Well, you wouldn’t want something like this close to your skin while cycling and not be able to clean it regularly. It is worth noting, though, that the washing instructions are stuck on rather than sewn in, and they came adrift the first time I used the Bumper Liner. You’ll do well to detach them before first use and keep them safe if you always like to follow washing instructions.

The Bumper Liner comes in one size, which makes it easy to make a selection. I was sent the womens fit one. I’d say it is probably a good size for most women, but mid teens and younger are likely to find it too large. 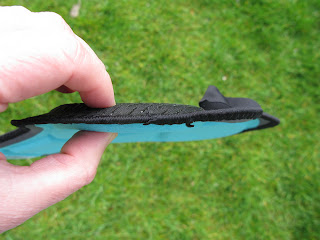 I tried the Rohan Bumper Liner on a couple of short rides – nothing more than five miles. It seemed to be effective enough on those short rides, in that I didn’t suffer from a sore derriere after the rides. Then again, I wouldn’t expect to.
Its wicking abilities seemed to work well too – I didn’t find it got particularly wet with sweat or uncomfortable while cycling – quite the opposite in fact, I didn’t notice it at all while cycling.

However, the Bumper Liner showed another side to itself when I parked the bike and started walking around at my destination. It did no sit happily when I walked around. Instead it moved around inside my clothing and became quite uncomfortable. It quickly became necessary for me to remove it – not something I’d recommend doing in a public street.

And while it is relatively easy to remove innocuously enough in a public place just by yanking it out of your trousers, fitting it back in place when you are ready to start cycling again is another matter. You really do need privacy then.

I’m not entirely convinced by the Rohan Bumper Liner. It seems like a very good idea – an extremely portable cycling inner that’s relatively inexpensive. In practice, though, I’m not so sure.

The padding layer is quite thin – I have only used it a couple of times and it seems to have held its shape well. But how long it will retain its shape for is untested. I’ve also not had the opportunity to try it on a longer ride – say ten miles or more, so I don’t know how efficient it is over longer distances.

More important, perhaps, for the occasional cyclist who is looking for some sort of padding for short commuting, shopping or other trips, if the Rohan Bumper Liner
is as disinclined to stay in place in general as I found it, then no matter how good it is when you are in the saddle, it isn’t very practical.