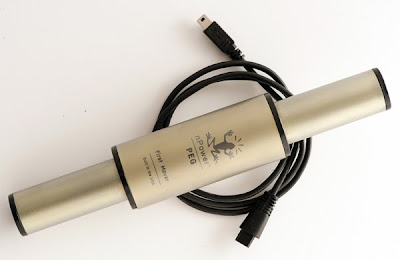 We’ve seen a few solar chargers here at FitTechnica, but even good examples like the PowerMonkey PowerTraveller will struggle in the UK’s sunless climate. What would really be good is a portable charger that didn’t need sunlight, and that’s exactly what I stumbled across on a small booth in a corner of the Consumer Electronics Show.

The nPower PEG is a portable charger that gets its power from kinetic energy. The PEG harvests your kinetic energy as you walk, so if you’re going for a long hike, you can ensure that your mobile phone or MP3 player is kept topped up while you’re going.

The amount of power that the PEG produces depends on you, so the more you’re moving, the more power you’ll get. Of course you’re not going get major amounts of power from the PEG, but it should make a mobile device power neutral while it’s connected, so you won’t be wasting any battery power as long as you’re moving. 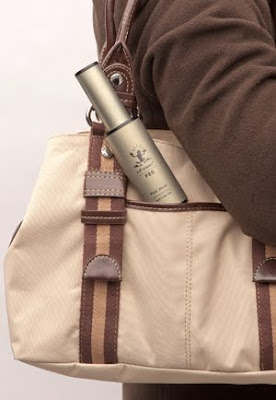 The PEG has a 1000mAh lithium polymer battery inside it, so you can harvest electricity and use it later to power your mobile device. You can also charge up the battery in the PEG via USB and use it as a standard portable battery pack.

The PEG looks great, with an anodised titanium finish and has a solid feel to it. With an array of cable options, you should be able to charge any and all of your mobile devices.

There’s no official launch date for the UK, but I’ll be chasing up a review sample as soon as I return from Las Vegas.