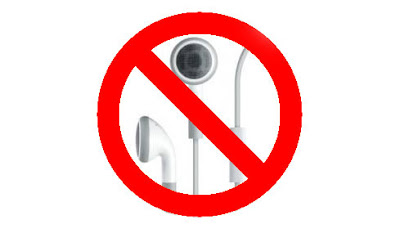 I went for a ride yesterday around one of my usual loops – a 34 mile circuit with a good mix of hills and flats. It’s a route I know very well, but yesterday morning it threw up a surprise by trying to kill me! Okay, so the route itself didn’t try to kill me, but I had a nasty brush with my mortality while I was riding said route.

While I was enjoying one of the most pleasant parts of the ride – a reasonably flat section alongside a river, with a nice, smooth surface – I was almost knocked off my bike by a Porsche 911. Clearly the driver was in a big hurry, because he wasn’t going to let something like oncoming traffic stop him from going around me. But in an attempt to avoid a head on collision, he went by me so close and at such speed that I barely managed to stay on the bike.

Despite what you may be thinking, I’m not about to subject you to a rant about car drivers in general. In fact, I’m not even going to rant about Porsche drivers – that would be somewhat self defeating, since I am one. No, despite the idiot who almost killed me, I’m going to direct my anger at cyclists. Yes, you read that right.

There’s one very good reason why I’m sitting here typing this editorial and not sitting in hospital. When I’m riding, I am always aware of my surroundings. I knew there was a car right behind me while I was riding that section, and the minute I heard the familiar howl from a Porsche flat-six engine, I knew that whomever was driving that car had grown tired of waiting.

It was that glorious engine note as he nailed the throttle that allowed me to brace myself for the inevitable. As soon as I heard it I stopped pedalling and gripped the bars as tight as I could. Had I been part way through a pedal stroke, or just lightly holding the bars, as I often do on that section, I have no doubt that I would have lost control of the bike as the car brushed past me.

Without a shadow of a doubt, my sense of hearing saved me yesterday, by allowing my brain to ready my body for what my ears told it was coming. I therefore find it incomprehensible that so many cyclists ride around the streets of Britain with headphones plugged in, listening to music while they pedal!

Riding on British roads is nothing like riding in France, Italy or Belgium. Hop on your bike across the channel and drivers love you, they’ll slow down and give way to cyclists, they’ll even encourage you while you’re climbing a hill. Unfortunately in Britain pretty much the opposite is true, and you’re taking your life in your hands whenever you venture from your front door on two wheels.

When you’re riding on British roads you need each and every one of your senses working to full effect, so I just can’t imagine why anyone would choose to disable one of those senses. Is your ride really going to be that boring without music?

Yesterday I saw three cyclists riding along while listening to headphones. One of them almost veered into me as I passed him because he only had one hand on the bars. In the other he held his iPod and was busy trying to navigate the menus without falling off the bike!

Don’t get me wrong, I have nothing against headphones or personal music players in general. In fact I’ll be reviewing some top quality earphones on these pages soon. I duly accept that music and exercise work beautifully together, and you’d never see me in the gym without earphones in and music playing. However, there is a huge difference between the relatively safe, controlled environment of a gym, and riding a bike on the road with thousands of tonnes of fast moving metal rolling by you

Regardless of popular belief, riding a bike is not easy. Yes, most people grasp the basics of pushing the pedals and not falling over too often as children, but riding a bike as an adult, on the road is a different matter altogether. Staying safe while riding requires concentration and awareness, so please keep your mind focussed and your ears open when in the saddle.

Fitbit One – how Fitbit customer support earned five out of five